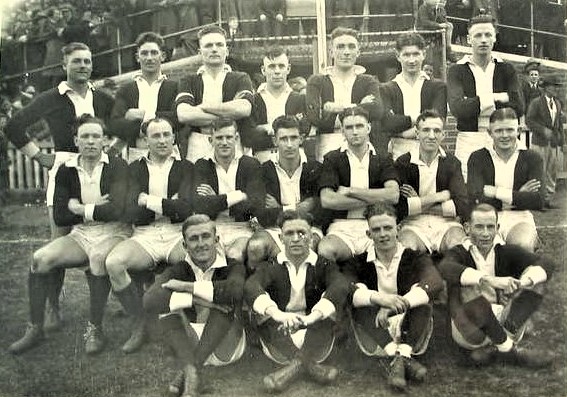 Note : Identifications are made from information / photos that I’ve been able to find, and as always, happy to be corrected on any errors. Also happy to hear of any new identifications.

Story, with more details, of how this all came about, can be found here –

He could also be in the 1945 photo, and after seeing a 1935 East Brunswick team photo, I believe he is in all of them.

Front row, far right (seated), I believe is likely to be Jack Norman. 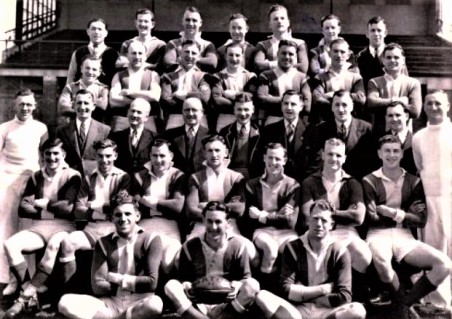 Back row, third from right, I believe is Jack Norman.

Therefore, based on the new information found, my belief is –

Back row, third from left.

With the new information on the Norman brothers (Ingy and Jack), as well as a re-evaluation of a couple of photos, I now believe I have found Seedsman. (initially had him confused with Rex Job) He, like Jack Norman, should be in both 1939 photos, as well as the 1940 and 1941 photos. He could also be in the 1945 photo.

He played for Kew in the 1935 sub-district league Grand Final, which is discussed here –

In the above 1935 Kew photo, I believe Bill Seedsman is back row, sixth from left. (peering out from behind)

From Kew to Preston – https://trove.nla.gov.au/newspaper/article/12125489?searchTerm=seedsman

Back row, third from right.

Sometimes you just get lucky, and so it happened when I stumbled across a 1938 Richmond team photo, with names, on Trove –

I believe he may also be in this1945 Box Hill photo, but with quality being what it is, I can’t make a match –

Note – Had been incorrectly recorded as T. White, in the 1939 season.

March 1939, talk of transferring to Preston from St. Kilda, after coaching in the country in 1938 –

And it seems Numurkah, who he coached to a Premiership in 1938, was the ‘country team’ –

My belief / suspicion, based partly on appearance, but mainly on remaining unidentified players –

Wally Gray – Replaced (injured shin) by Dowling at half time, and not in photo.